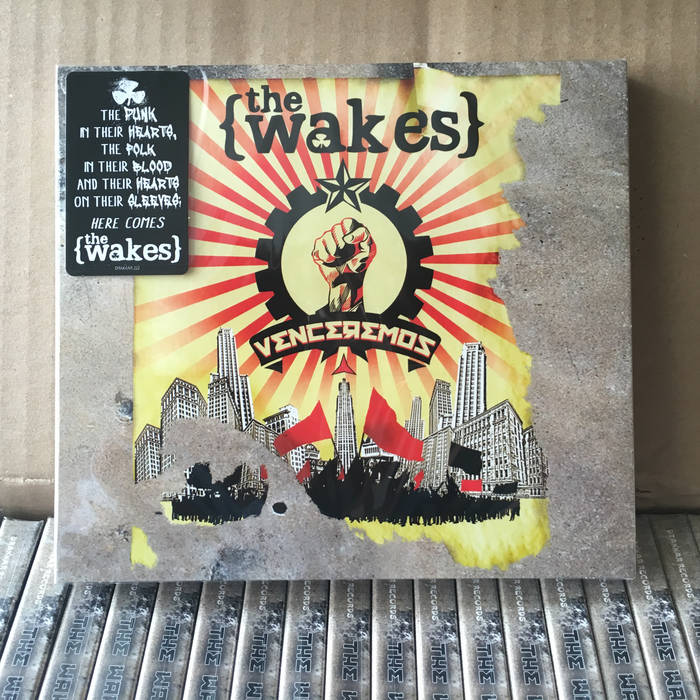 The punk in their hearts, the folk in their blood and their hearts on their sleeves: Here comes THE WAKES! The boys with a unique style and the matchless voice of singer Paul Sheridan bring in a lively and engaging manner the spirit of Scotland to the people! Punk, Rock, Folk and even Rock’n Roll – you better do not put a label on THE WAKES, because there is no designation that complies with the sextet out of the heart of Glasgow. Actually, it’s hard to classify them, because the six surprise critics as well as their fans over and over again with a sheer infinite range of ideas and new motifs.

“Venceremos” is the name of their latest work, being released on 23rd of September. A strong statement, like the boys point out in the song that provides the title of the disc: “You can kill the dreamer but the dream never dies”. Like in the albums before they do not mince matters in any of the 13 songs and sing frankly about impressive moments of history, current trouble spots and perennial issue of politics and society. It’s the most diverse album from THE WAKES: Tours through Europe and numerous meetings influenced the sound of “Venceremos” back to a band that ultimately gets rid of any borders genres set.

In view of topics as well as music, Paul and Co look across the borders of their country: In regard of the European refugee crisis the song “No Human Is Illegal” was written – a purist, calm ballad that needs no explanation after listening to the vivid lyrics.

Bandcamp Daily  your guide to the world of Bandcamp